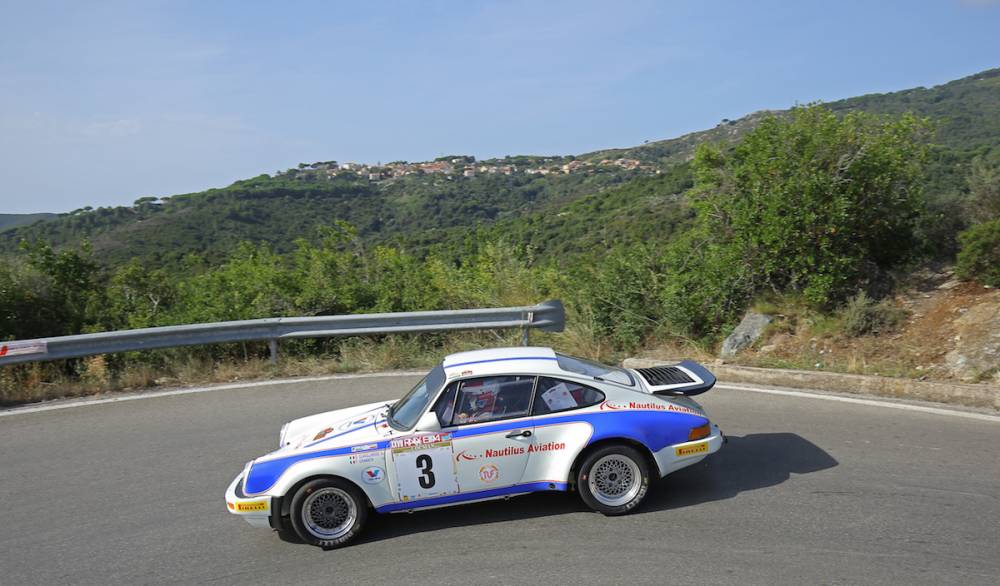 An absolute rule for the Sicilians who have picked up the rankings from the start of the race on Thursday night.
The race saw a new organizational success, encouraged by beautiful summer days.

Still speaks Sicilian, the Rallye Elba Storico-Trofeo Locman Italy. After the success of 2014 went to Palermitan Riolo, this year it happened to Domenico Guagliardo and Francesco Granata, on board of a Porsche 911 SC, climb the top step of the podium place in the center of Capoliveri, in the afternoon today, sealing performance of high thickness the XXVII edition of one of the most popular races in the world, the thirteenth round of the European Historic Rally Championship and the final act of the Italian Championship.

Already widely in command at the end of the first Leg, held between the evening of last Thursday and all day yesterday, Guagliardo and Grenada, have made the most of the qualities of the legendary coupé from Stuttgart, making it a real lethal weapon in selective and technical Elban roads, roads that from immemorial time have delivered a unique race to the myth.

The winners have now left behind a lively and spectacular brawl, certainly the best gift for the many fans who attended the event and at the end, also winning the 4th Category, in absolute ranking came before the good Nicholas Montini, he also in a Porsche 911, flanked by Belfiore, first in the 2nd Category.

If the delay accused by Montini than Guagliardo was little more than a minute, however, goes on to the guy from Brescia have been able to resist the seat of honor being able to hold the whip verses suitors, drivers of value, however, well-equipped cars level.

In the end, the third step of the podium did her the returning Lucio Da Zanche (Porsche), with a race without smudging and concrete progress, punctuated only by a thrill, that of a "hit" during the special stage Thursday night in Capoliveri.