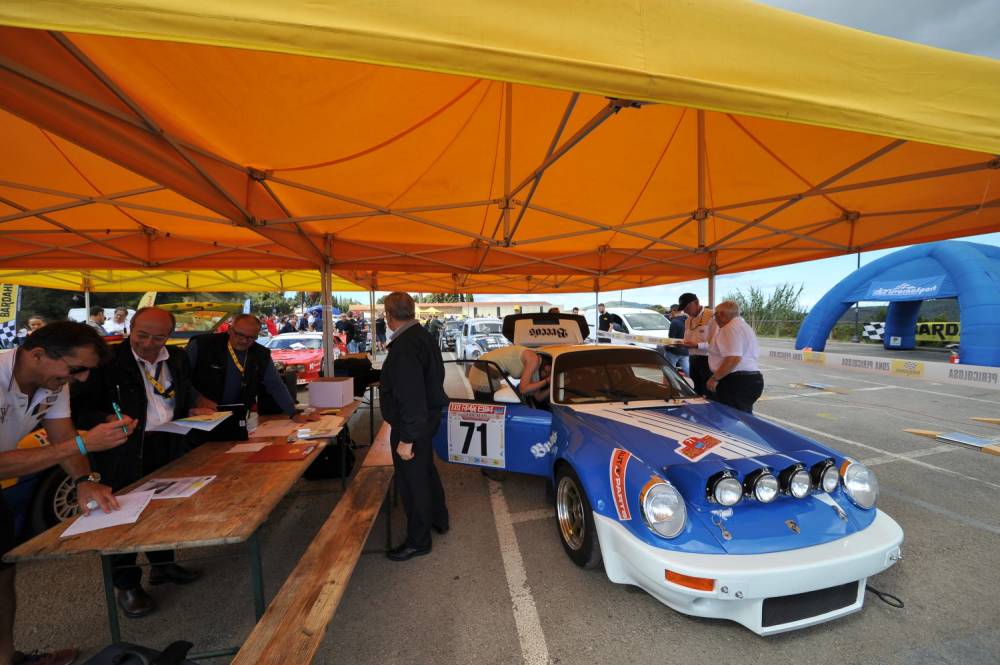 The XXIX Rallye Elba Storico-Trofeo Locman Italy will start tonight
The "Due Colli" and the "Capoliveri" will inaugurate the challenges on the island tonight after the ceremonial start at 19.00.
13 entries more than in the 2016 edition, with 12 nations represented by the contestants in the race.
Ten Special Stages Scheduled.

With the administrative and technical checks, the XXIX Rallye Elba Storico - Trofeo Locman Italy, officially began. Great success of entries, 132 crews, (13 more than last year!), with 12 nations represented, confirms the great love the riders have for Elba Island and its competition, valid as the seventh European Championship Rally Championship and penultimate of the Italian Championship.

The "Sport Regularity" specialists will also be on the go, and an exclusive Porsche Meeting will also be scheduled, as well as the A112 Abarth Trophy, the Michelin Rally Cup and the Memory Fornaca.

It will be a race rich in content, given much of the latest seasonal challenges of the Italian Championship. The penultimate round of the intense vintage of the "historic" tricolors, could be decisive proof for rankings. Many Italians did not want to miss one of the most fascinating rally events in Europe, there are also many foreign drivers looking for points for continental titles.
At least two of the Groups titles of the Italian Championship could be assigned here, in particular the first and the second.

Expecting the public friend, then, several Elban pilots, well 15 crews, often able to make a difference on the friendly streets: Andrea Volpi, Riccardo Galullo, Massimo Giudicelli ,Alberto Anselmi, Gianfranco Pierulivo and others are ready to do to note among the greats of the continental and Italian series, counting on the classic "field factor".

THE PATH: TRADITION WITH SOME CHANGES
ACI Livorno Sport, has again scheduled three days of challenges, with a total of 10 Special Tests (134.00 Kilometers Competitive, that is, 30.01% of the total distance that is 446.580). They are "historical" trails, which have seen in more than one fascinating sporting event. Tonight´s departure from Capolivero at 19.00, then the way to the challenges with the two tests "Due Colli" and the classic "Capoliveri" town, which will already give the right stimulus for another two days of great sport. The second day of the race, tomorrow, which will resume at 08.30, provides for another four special stages, with final day at 16.00, always at Capoliveri. On Saturday, September 23, the grand finale, with four more stretches: the challenges will start at 08.30 and the checkered flag, always in Capoliveri, will wrap up from 14.00.

PARTNERS, GO TO THE PASSION
Locman Italy, Moby / Toremar, Municipality of Capoliveri, of Marciana, of Rio nell´Elba, of Porto Azzurro, of Rio nell´Elba, of Rio Marina, of Portoferraio, of Campo nell´Elba and of Marciana Marina, Eni, Bardahl, Gigoni, Uliveto, Conad Gruppo Nocentini, Acqua dell´Elba, Sales, Sara Insurance, Bulky Soft, Autoparts Srl, Banca Cras, 3A Barontini, Hotel Elba International and of course Automobil Club Livorno, also for the 2017 edition of the race will be alongside the organization by maintaining their strong passion for the sport of the mobile world and especially for the Elban historical rally.