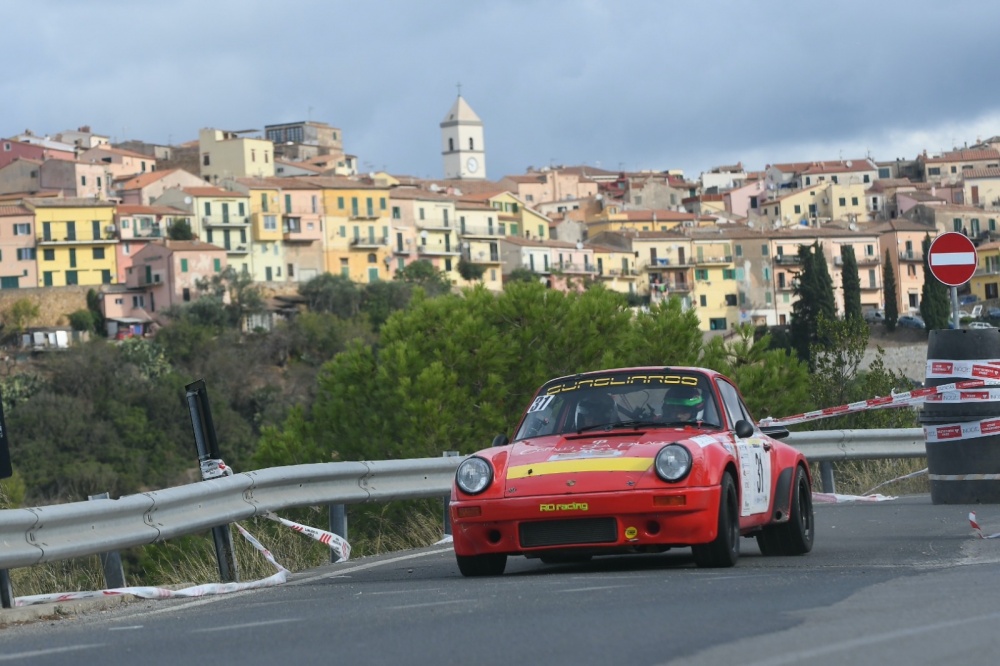 After an initial attack of the local Francesco Bettini, then stopped due to an off the road with his Lancia Delta 16V, from the third stage the overall classification was taken by Lombardo, leader at the end of the first leg, in front of Alberto Salvini (Porsche 911 RS) and the other Sicilian “Totò” Riolo, with his Subaru Legacy.

In the second leg, conditioned by the rain in the final part, the legendary stage "Volterraio-Cavo" was decisive for the victory: over twenty-six kilometers, where Lombardo made a decisive attack, leaving the other two in bagarre, divided for only 1”4. Then Riolo retired after the SS 7 due to electrical problems.

Salvini finished second overall, third was the other Sicilian Natale Mannino, codrivered by Giacomo Giannone with another Porsche 911 SC.

In the CATEGORY 1 an easy victory for Antonio Parisi and Giuseppe D’Angelo, with the Porsche 911 S and Carlo Fiorito, follow by Marina Bertonasco (BMW 2002 Ti) in the second place. Both crews re-entered the race in the second stage after stopping for mechanical problems on the first one.

The CATEGORY 2 sees firsts the two Porsche of Lombardo and Salvini, third is the English James Potter, with Caroline McCormack, on Ford Escort RS 1800. This final ranking reflects the end of the first leg, with the fourth place for the English family Ernie and Karen Graham (Ford Escort RS), a constant and pleasant presence over the years on Elba Rally.
In the CATEGORY 3, the Austrian Karl Wagner retired for gearbox problems at his yellow Porsche 911 SC after the arrival of the first leg. The success was for Natale Mannino, ahead of the other Austrian Georg Reitsperger with Lana Sutlovic with a VolksWagen Golf GTi, third are Siegfried and Renate Mayr, with Volvo 244 GL.

In the CATEGORY 4, with Riolo retired and Valter Pierangioli not re-started for the second leg due to oil pressure problems on his Ford Sierra Cosworth, the victory was for the Swiss Erwin Keller, with BMW M3. The second place was then taken by the finn Mats Myrsell, on a Ford Sierra Cosworth too and with the same car the Hungarian Erdi Jr, author of an exciting final rush, finished on the bronze step.

]
successivo >>
Realizzazione siti web www.sitoper.it
close
Choose the language
It appears that your browser language is different from the website.