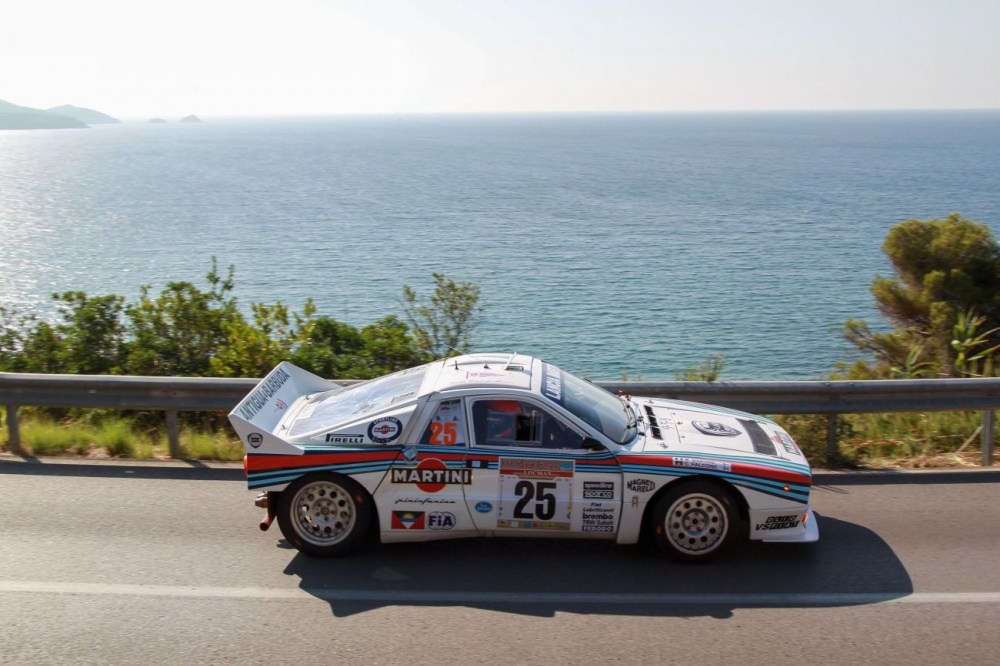 The classic appointment together with the Rallye Elba Storico – Trofeo Locman Italy, Elba Graffiti, Historic Regularity Sport and an exclusive Ferrari rally will come back in the second half of September, from 19 to 21.
10 Special Stages are scheduled, with the main innovations on the course regarding the lengthening of the town test in Capoliveri and with all the tests concerning Mount Perone reversed from the past versions of the stages.

Livorno, 08 August 2019 - Starting from today, the registration period for the XXXI Rallye Elba Storico-Locman Italy Trophy, proposed by Aci Livorno Sport from 19 to 21 September, eighth and penultimate round of the European Rally Historical Championship (FIA HSRC) and seventh (penultimate also in this case) of the Italian Historic Rally Championship (CIRAS), while the part of the "Graffiti" will be valid as the sixth of the seven tests on the calendar.
Entries will be accepted until September 7th.

Then there will be other "promotional" rallies, such as the A112 Abarth Trophy, characterized this year by the fact that each stage will be a separate race, the Memory Fornaca and the Historic Michelin Rally Cup. An exclusive dedicated rally will also be held to Ferrari cars.

Confirmed in its classic location at the end of the summer, appropriate for favoring the lengthening of the tourist season on the largest island of the Tuscan archipelago as the "modern" race had opened it this year in April, this year the competition will have much to offer in terms of novelty, which will make it even more attractive and full of valuable technical and sporting cues.

CAPOLIVERI WILL STILL THE HEART OF THE RACE
The Rallye Elba Storico is, like tradition and intent of the Automobile Club Livorno, an event of the territory and for the territory. This has also been strengthened this year by the great collaboration of local administrations, a job that has always been very important and complex, this year more than ever, since several city councils have changed since last May.

Capoliveri will be the location reconfirmed again this year for the departure and arrival of the Rally, and for the Headquarters, with the Race Direction, the Secretariat and the Pressroom in Hotel Elba International.

Capoliveri moreover as happening from 2010 will also be theatre of the very interesting special stage that passes through the town. Re-proposed and also lengthened. This is one of the important novelties of the race, which will also extend its name to "Capoliveri Innamorata" (Km. 7.240), taking its name from one of the famous "piesse" on Elba, whose road has recently been paved and that is not covered in competition since the seventies, when it was on gravel. It was the Municipal Administration of Capoliveri that wanted it forcefully, which will remain however characterized by the crossing of the town and then exiting through the external ring road.

The other great novelty concerning the route is the characteristic that all the special tests that will involve Monte Perone (the "Due Mari" and the "San Piero") will be traveled in the opposite direction to the past.

The third novelty of the number thirty-one edition of the rally is the introduction of a "recommended service area" in Porto Azzurro, in Piazza De Santis (with passage control). The utilization by the competitors of this service area will minimize any difficulties in ordinary traffic on the roads of the island.

In total, for three days of competition, there are ten special tests, for a total competitive length of 137.230 kilometers, compared to the total that measures 451.420.

THE COMPETITION PROGRAM
The first one will be the hardest of the two legs, with even long trials (the "Two Seas" will be over 20 Km.). It will start on the evening of Thursday 19 September: from 7.00 pm the competitors will descend from the starting platform in Capoliveri and will immediately compete with two special tests, the "Nisporto-Cavo" (Km.13.750) and the aforementioned "Innamorata -Capoliveri "(Km. 7.240). Then, the competitors will enter the night rearrangement starting at 22.05 hours.
The second day of competition, Friday 20 September, which will start again at 09.00, includes another four special stages, with the day's final at 15.25, also in Capoliveri. More "quiet" instead the second day of challenges, Saturday 21 September, with four more SS: the challenges will start at 08.00 and the checkered flag, also in Capoliveri, will fly from 15.25 hours.
www.rallyelbastorico.net